The Reopening of the Hasenclever Iron Trail

The Reopening of the Hasenclever Iron Trail 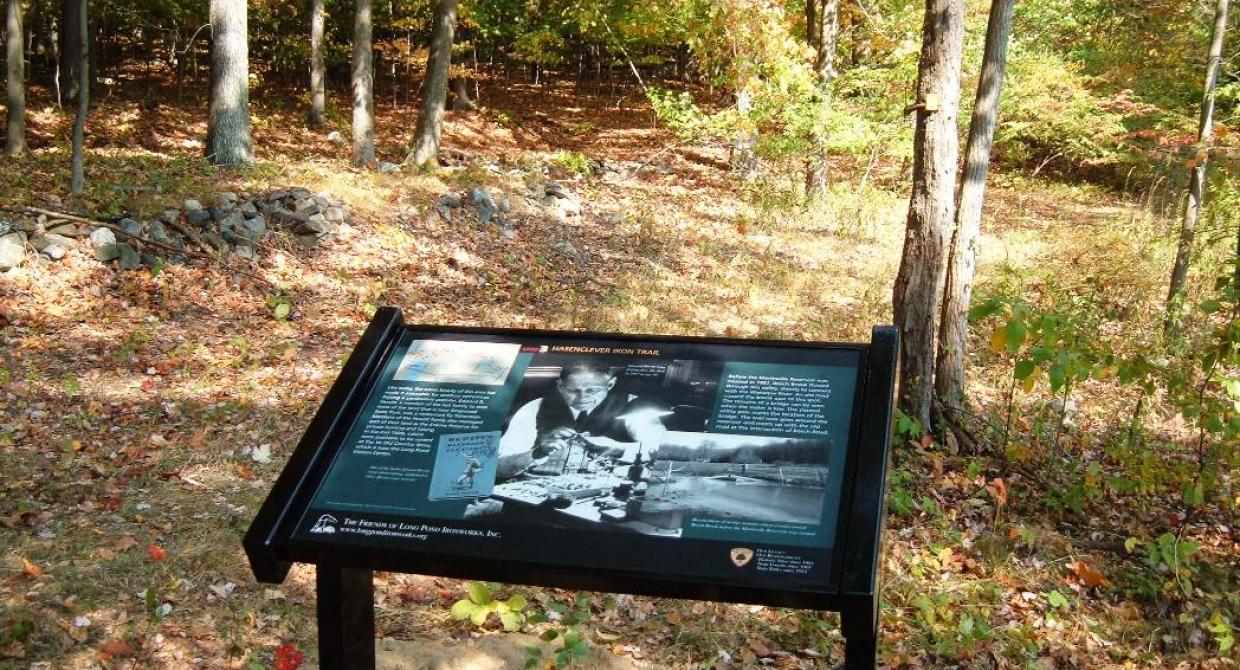 On Nov. 7, I spent a very pleasant Saturday with members of the Trail Conference blazing the new reroute of the Hasenclever Iron Trail in New Jersey’s Long Pond Ironworks State Park.

The idea for this unique trail and the initial layout of the trail route came to me and my fellow Long Pond volunteer Martin Deeks in 2001 while we were looking at a Colonial-era map made by Robert Erskine. The map showed a secondary road between Long Pond Ironworks and Ringwood Manor—two sites that have been closely related throughout their history. There would have been a good amount of traffic, both by foot and horse, between the two. Martin and I became determined to find the route of the Colonial-era road and create the first historic interpretive trail in this region. We named it the Hasenclever Iron Trail after Long Pond’s first ironmaster.

After we laid out the route, the Trail Conference got involved and finished off the work to make it a hiking trail. The Friends of Long Pond Ironworks produced a brochure explaining the trail’s history, with 14 numbered stops along the route. Nine interpretive trailside signs corresponded to some of the stops in the brochure.

Unfortunately, the trail was closed almost as soon as it opened, when the residents of the Peters Mine area used the publicity the new trail was receiving to bring attention to the Superfund site that the trail skirted. Since then, a section near the middle of the trail has been officially closed—and probably will be for the foreseeable future.

Now, with the Trail Conference’s work, a reroute that stays true to the original concept of a historic road has been completed. And a nice little reroute it is. The reroute takes only about 10 minutes longer than the original route. Whereas the main attraction on the closed section is the site of Peters Mine, the reroute now passes Hope Mine, an equally old and historic mine. Other historic features on the reroute include an old section of a wood-planked road and a charcoal burn site.

So please come and have an American history experience on a trail that follows woods roads created 250 years ago when America was still a British colony. Brochures for the trail are available at the kiosk outside the Long Pond Ironworks Visitor Center. Learn more at longpondironworks.org.