Path to Historic Lighthouse in Stony Point Gets New Life

Path to Historic Lighthouse in Stony Point Gets New Life 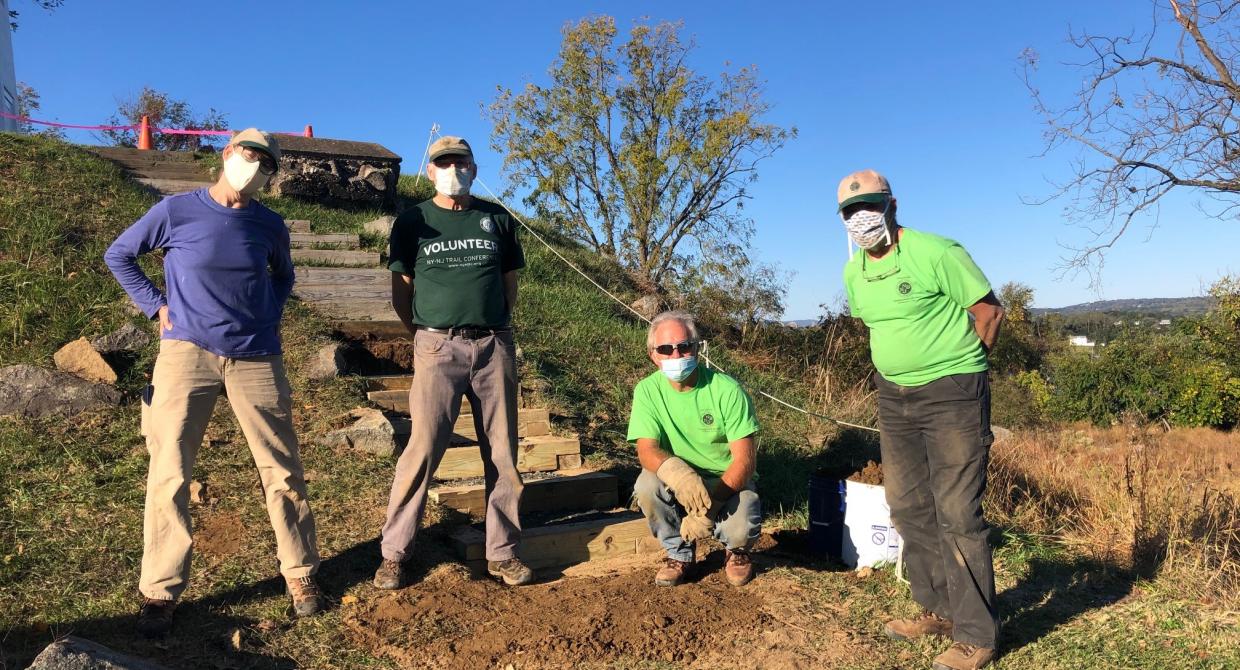 The Stony Point Battlefield State Historic Site sits along the Hudson River in Stony Point, N.Y., and is the location of one of the last Revolutionary War battles in the Northeast. The site is also home to the Stony Point Lighthouse—the oldest lighthouse on the Hudson River, built in 1826. With a museum and interpretive programs among its features, the historic lighthouse draws thousands of visitors year-round.

The lighthouse sits on a hill, upon what used to be a Revolutionary-era British fort. The ascent to the lighthouse requires a short climb; the wooden stairs along the path had become rickety and unsafe overtime. This fall, in coordination with the Palisades Interstate Park Commission and the Palisades Parks Conservancy, the West Hudson South Trail Crew took on the construction of a new, safer staircase. 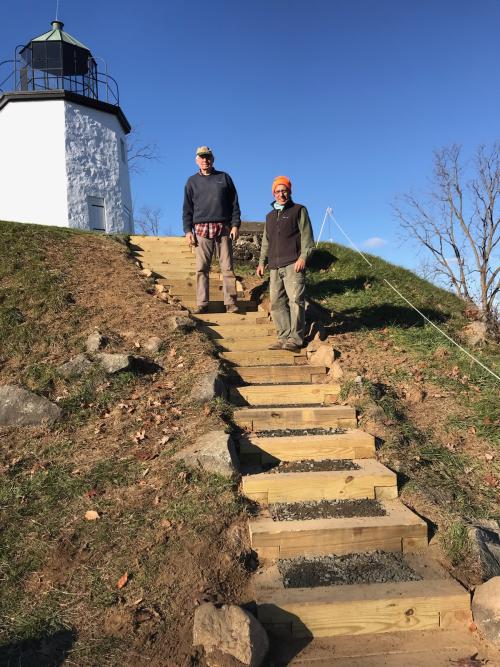 On Sept. 10, the crew arrived on-site to talk through logistics, compile a list of materials needed, and put together a plan. Reconstruction of the steps necessitated only minor disturbance to the surrounding ground to preserve the historical integrity of the site. On Oct. 17, the crew began work on the staircase using pressure-treated lumber cut into 36-inch and 24-inch pieces as the frame of the steps, which are filled with gravel. The first and last steps are held in place by 3-foot rebar. Each step in between is held in place by 18-inch rebar.

Each step required careful consideration due to the grade of the slope and the need to navigate around the local rock. On Nov. 14, the crew hammered in the rebar for the last step up to the lighthouse, completing 22 stairs in total. Although the installment time for each step varied, the crew dedicated approximately 85 hours to the project and was able to finish the staircase in just under two months.

Thanks to West Hudson South Trail Crew members John Mack, Chris Ezzo, Richard Lynch, Kim Waldhauer, Joe D’Agostino, and Steve Zubarik, as well as the historic site’s staff for their support in a job well done. Visitors will now be able to safely climb to the lighthouse for years to come